Quentin was the kind of guy who always doing something enviable. Or rather, enviable things were always happening to him. Where ever he went, people knew him, or wanted to know him. It had always been like this, even when he was a kid. He was always the first to be picked for a team in school yard games of footy.  He was the first to get a job out of law school. And he was always asked out on dates by girls. And yet, he wasn’t the sportiest, the smartest or the handsomest. There was just something about him. He was charming, but not slick. Friendly, but not fake. Fun, but not obnoxious. His presence was immeasurable. When he walked in a room, everyone would fight for his affection and as soon as he left, people would scoff and roll their eyes, jealous at how “horribly lucky” he was. And it was true, he was lucky. However, Quentin was completely oblivious to it.

Quentin was a simple boy. But that is not to say he was stupid. Quite simply, he was just the most down-to-Earth person you could ever meet. One could mistake him for a surfer boy from the South-West, speaking with his slow Australian drawl. In reality, he barely saw the beach as a kid, growing up as a North-Eastern suburbanite. For some reason, Quentin never had a care in the world. He was happy and kind and always looking for fun and in return, life just seemed to work out for him.

Quentin had been at the firm for a few years and slowly built a nice little practice around him. Clients naturally loved him and as such, he had become incredibly busy recently At four o’clock on one busy Tuesday afternoon, Quentin had innocently decided to take a short break from work to refill his cup of coffee. Quentin was part-way through drafting a defence to a complicated statement of claim and he expected to be working until well past six o’clock, so he needed a quick caffeine hit. When Quentin entered the kitch, he was standing by the kitchen bench, stirring a warm drink in a large mug. Quentin was glad to see him. He must have started at the firm over a month ago and Quentin still hadn’t had a decent conversation with him. Sure, it had been a busy month, but Quentin still felt it was quite rude that he hadn’t made an effort with the new guy. 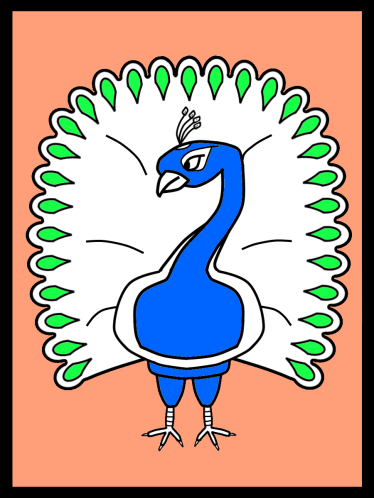 He responded to Quentin with an unusual level of intimacy.

“Pretty good. How are you? Did you pick up any chicks on the weekend?”

“Too bad. So I picked up this crazy bird on Saturday night.”

“Have you ever heard of The Game?”

He proceeded to explain to Quentin the complex routine that he followed every weekend. First there was the planning: his outfit, his wing man, his story. Then there were his pick-up lines and talking games and playing hard to get. It was fascinating. Quentin didn’t have any tricks. He had never needed them. Whenever Quentin was in the mood to have a girl in his life, one always just conveniently appeared. The trickery was foreign to Quentin, and it utterly fascinated him. Quentin wanted to learn more.

“So what was your opening line?”

“I asked her if she had seen the two girls fighting outside.”

“There were two girls fighting outside?”

“No, no, no. I was just creating mystery by asking a strange question. The girl asked me about the fight, so it worked.”

“I got her attention. I caught her in a conversation. It was my opening to keep her chatting with me.”

Quentin had a big, goofy grin on his face. He had done the same thing earlier by asking Quentin a bizarre question, and it had worked. He had captured Quentin’s attention.

“So she wanted to know more?”

“Totally. I told her there were two girls fighting over this guy half their size and the guy just stood there and laughed at them as the police came and arrested the girls. She thought my story was hilarious.”

“But that didn’t happen?”

“No, it just said it to create mystery.”

“So she stuck around? Did you get her number?”

“Well, after about half an hour or so of, you know, chatting and buying her drinks, I made an excuse that I had an emergency and needed to leave.”

“I was flagging her.”

“It’s one of my tricks. It’s called flagging.”

Quentin crossed his arm and furrowed his brow in fake contemplation. This had to be a joke. A brilliant joke. Quentin was ready to play a little trickery of his own.

“Oooooh, flagging. Of course, of course.”

Quentin chuckled. He was sure they were on a different page, which made this all the more fun.

“Well, I’m not from San Francisco, if you know what I mean.”

“I didn’t realise you swung that way. Are girls in Perth so openly into it as well? Or is this not really about girls?”

“What are you talking about?”

“How many handkerchief’s do you have?”

He laughed nervously, attempting to mask the fear of his ignorance of Quentin’s accuation. Quentin pulled his iPhone from out of his pocket and starting typing. When he finished typing, Quentin paused, watching his screen for a few moments until something appeared and Quentin’s eyes lit up with accomplishment.

Quentin passed the iPhone and he studied it closely,

“So you’re a real Christian Grey type. Wowza. Or there is something else you’re not telling me. Don’t worry, I’m very open-minded.”

Quentin was humbled by his sense of fair play.

“Okay, so what are you talking about.”

“I flagged her for a future date. If I stayed there was a risk that she would lose interest, so I created a story to make me sound mysterious.  After I told her I had to leave, I suggested that she give me her number so that I could call her.”

“Of course! She was really confused about why I needed to go, so I gave her a reason to let me contact her.”

“You can’t dispute the results. But, it all just sounds a bit… complicated.”

“You know, we also use a technique kind of similar to the Handkerchief stuff.”

Quentin furrowed his brow again. This time he wasn’t faking it.

“I knew there was something sordid about you!”

“No it’s harmless. We call it ‘Peacocking’. It’s when you try and make something about yourself stand out to attract attention to you when you walk into a room.”

“Well, I might wear a crazy hat, or a giant flower on my collar, or over-sized colourful pants. The idea is that the bird will come up to me and ask me about my crazy outfit or whatever it is that I’m doing.”

“Of course. It turns the dating game on its head so it’s the girl who is using the pick up lines.”

“Genius. Has it ever actually worked?”

“Well… not yet. Not for me, anyway. But I know friends of friends who have tried it.”

“Friends of friends? But how many times have you tried it?”

“Only five or ten times.”

As Quentin walked back to his office, he knew that he’d be working much later than he initially expected, thanks to his innocent coffee break. However, Quentin didn’t mind. It had been worth it. Quentin had finally met him and he was so pleased to find a kindred practical joker. A joker so delightfully elaborate that even Quentin had nearly been fooled. A game for chasing women, Quentin thought. How delightful.

This is the Chronicles of Creepy Pants.

One thought on “Episode 6: Semaphore”

Don't be a Creep - Leave a Comment Cancel reply 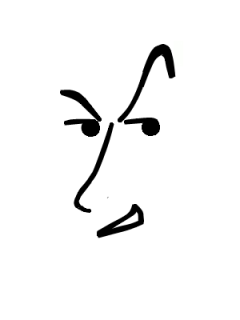